Soft drinks are the beverage of choice for millions of Americans, but sugary drinks increase the risk of type 2 diabetes, heart disease, and other chronic conditions.
People who consume sugary drinks regularly 1 to 2 cans a day or more have a 26% greater risk of developing type 2 diabetes than people who rarely have such drinks.
A study that followed 40,000 men for two decades found that those who averaged one can of a sugary beverage per day had a 20% higher risk of having a heart attack or dying from a heart attack than men who rarely consumed sugary drinks. A related study in women found a similar sugary beverage heart disease link.
A 22-year-long study of 80,000 women found that those who consumed a can a day of sugary drink had a 75% higher risk of gout than women who rarely had such drinks. Researchers found a similarly-elevated risk in men.
Dr. Frank Hu, Professor of Nutrition and Epidemiology at Harvard School of Public Health, recently made a strong case that there is sufficient scientific evidence that decreasing sugar-sweetened beverage consumption will reduce the prevalence of obesity and obesity-related diseases. Soft drinks and diabetes
Strong evidence indicates that sugar-sweetened soft drinks contribute to the development of diabetes. The Nurses Health Study explored this connection by following the health of more than 90,000 women for eight years. The nurses who said they had one or more servings a day of a sugar-sweetened soft drink or fruit punch were twice as likely to have developed type 2 diabetes during the study than those who rarely had these beverages.

A similar increase in risk of diabetes with increasing soft drink and fruit drink consumption was seen recently in the Black Women’s Health Study, an ongoing long-term study of nearly 60,000 African-American women from all parts of the United States. Interestingly, the increased risk with soft drinks was tightly linked to increased weight.
In the Framingham Heart Study, men and women who had one or more soft drinks a day were 25 percent more likely to have developed trouble managing blood sugar and nearly 50 percent more likely to have developed metabolic syndrome. Soft drinks and heart disease
The Nurses Health Study, which tracked the health of nearly 90,000 women over two decades, found that women who drank more than two servings of sugary beverage each day had a 40 percent higher risk of heart attacks or death from heart disease than women who rarely drank sugary beverages.
People who drink a lot of sugary drinks often tend to weigh more and eat less healthfully than people who don’t drink sugary drinks, and the volunteers in the Nurses Health Study were no exception. But researchers accounted for differences in diet quality, energy intake, and weight among the study volunteers. They found that having an otherwise healthy diet, or being at a healthy weight, only slightly diminished the risk associated with drinking sugary beverages.
This suggests that weighing too much, or simply eating too many calories, may only partly explain the relationship between sugary drinks and heart disease. Some risk may also be attributed to the metabolic effects of fructose from the sugar or HFCS used to sweeten these beverages.
The adverse effects of the high glycemic load from these beverages on blood glucose, cholesterol fractions, and inflammatory factors probably also contribute to the higher risk of heart disease.

Soft drinks and bones
– Soda may pose a unique challenge to healthy bones.
– Soda contains high levels of phosphate.
– Consuming more phosphate than calcium can have a deleterious effect on bone health.
– Getting enough calcium is extremely important during childhood and adolescence, when bones are being built.
– Soft drinks are generally devoid of calcium and other healthful nutrients, yet they are actively marketed to young age groups.
– Milk is a good source of calcium and protein, and also provides vitamin D, vitamin B6, vitamin B12, and other micronutrients.
– There is an inverse pattern between soft drink consumption and milk consumption  when one goes up, the other goes down.

5 Quick tips: Building strong bones
1. Look beyond the dairy aisle.
You can get calcium from sources besides dairy foods. Calcium-rich non-dairy foods include leafy green vegetables and broccoli, both of which are also great sources of vitamin K, another key nutrient for bone health. Beans and tofu can also supply calcium.
2. Get your vitamin D.
Vitamin D plays a key role along with calcium in boosting bone health. Look for a multivitamin that supplies 1,000 IU of vitamin D per day. If your multi only has 400 IU of vitamin D, consider taking an extra supplement to get you up to 1,000 IU or 2,000 IU per day. Some people may need 3,000 or 4,000 IU per day for adequate blood levels, particularly if they have darker skin, spend winters in the northern U.S., or have little exposure to direct sunlight. If you fall into these groups, ask your physician to order a blood test for vitamin D.
3. Get active.
Regular exercise, especially weight-bearing exercise such as walking or jogging, is an essential part of building and maintaining strong bones.
4. Be careful about getting too much retinol (vitamin A).
Don’t go overboard on fortified milk, energy bars, and breakfast cereals, all of which can be high in bone-weakening vitamin A. Many multivitamin makers have removed much or all retinol and replaced it with beta-carotene, which does not harm bones.
5. Help your kids build strong bones.
Youth and young adulthood is the period when bones build up to their peak strength. Helping youth lead a bone-healthy lifestyle with exercise, adequate calcium, and adequate vitamin D can help them keep strong bones through all their adult years. 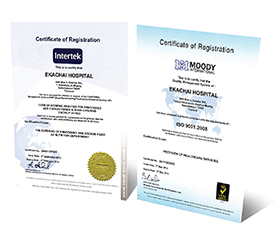 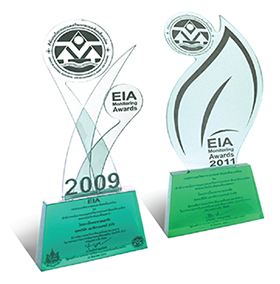 ﻿
We use cookies on our website to give you the most relevant experience by remembering your preferences and repeat visits. By clicking “Accept All”, you consent to the use of ALL the cookies. However, you may visit "Cookie Settings" to provide a controlled consent.
Cookie SettingsAccept All
Manage consent

This website uses cookies to improve your experience while you navigate through the website. Out of these, the cookies that are categorized as necessary are stored on your browser as they are essential for the working of basic functionalities of the website. We also use third-party cookies that help us analyze and understand how you use this website. These cookies will be stored in your browser only with your consent. You also have the option to opt-out of these cookies. But opting out of some of these cookies may affect your browsing experience.
Necessary Always Enabled
Necessary cookies are absolutely essential for the website to function properly. These cookies ensure basic functionalities and security features of the website, anonymously.
Functional
Functional cookies help to perform certain functionalities like sharing the content of the website on social media platforms, collect feedbacks, and other third-party features.
Performance
Performance cookies are used to understand and analyze the key performance indexes of the website which helps in delivering a better user experience for the visitors.
Analytics
Analytical cookies are used to understand how visitors interact with the website. These cookies help provide information on metrics the number of visitors, bounce rate, traffic source, etc.
Advertisement
Advertisement cookies are used to provide visitors with relevant ads and marketing campaigns. These cookies track visitors across websites and collect information to provide customized ads.
Others
Other uncategorized cookies are those that are being analyzed and have not been classified into a category as yet.
SAVE & ACCEPT